The most iconic city in Australia, Sydney, was the last stop on our east coast overland Australia adventure. It is built around its beautiful harbor, with bays and beaches around every bend and no doubt, the best way to see the city was on the water and this was easily done by catching a ferry from circular keys to almost anywhere!

We were staying in another air bnb apartment in the very very nice suburb of Double Bay, which was a great location half way between the city and Bondi. It would take too long to tell you about all the adventures we had in Sydney, but these were some of our favourite’s…

-Fearing that we may not be able to watch western comedy for a long time we made a pilgrimage to the comedy store…(its only $10 on a Thursday night!) and it did not disappoint- we sat next to a guy with a mullet and a Southern Cross tattoo – that’s comedy ammo if you ever needed it!

-Getting the ferry across to manly, on the northern beach edge of the harbour. What a great way to see Sydney and Manly has beautiful beaches, which are apparently great for snorkelling.

-Walking the coastal walk from Bondi to Coogee was awesome too, particularly as a pod of around 100 dolphins followed us (they where in the sea – and we where on land…obviously). We wondered our way up and down the sandstone cliff edge, passing pretty beaches on the way. The big breakfast at the end was well deserved, though hour long naps under shady trees where needed to recover. 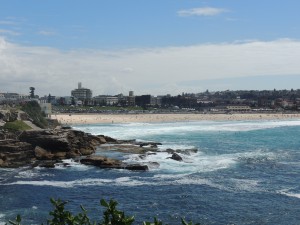 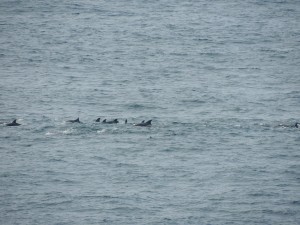 -One of the more serious things we did was find a great pub, which brewed its own beer and made a great pie. The Lord Nelson claims to be the oldest hotel in Sydney, on Argyle street on the outskirts of the rocks, its a proper pub. So good we went twice!

-The highlight of the stay no doubt, was the twilight Sydney harbour bridge climb we did on our last night in the city. As the sun went down over the western suburbs we ducked and dived our way through the steel structure, learning about its fascinating history, the fact it is 3 times over engineered, and that the iconic stone pylons have absolutely no purpose to holding the bridge up in the slightest.

Not content with an ordinary bridge climb we embarked upon a special Mardis Gras themed climb. That meant that along with the standard climb and photos, we got to DANCE on the bridge. A special dance floor was constructed, complete with glitter ball and a stereo pumping out iconic tunes from ABBA to Cher – and before anyone asks… yes there are videos of us dancing (funky chicken to be exact) but no they are not on the internet….

-As we waited for the next leg of the trip – boarding the enormous ship we are now traveling on called the Arcadia, we noticed a film crew interviewing a guy with an impressive beard. Being somewhat of a connoisseur of beards, it was soon recognised this was Jimmy Niggles. Jimmy has been growing his beard since the death of a friend to melanoma, and has used this to raise money and set up a charity to raise money and awareness of skin cancer. Not one to miss an opportunity on congratulating a fine beard and a good cause, I went to talk to Jimmy – Which promptly lead to me being interviewed about my beard for Australian national breakfast show (the equivalent of GMTV in the UK). If you would like to know more about Jimmys cause heres a link to the website – Beard Season

We only wish we had more time to explore the wonderful city of Sydney! Currently we are rocking with the swell on a very large ship of the south coast of Australia…but we’ll tell you more about that next time.

2 responses to “Beards and bridges…Sydney”