Hanoi…the city where drag artists accidentally set themselves on fire

OK I’ll explain the title…we were walking around the old quarter on a Saturday evening when the police close off some of the roads for stalls and small concerts. A crowd had gathered around one stage, mainly because the drag artist singer was throwing out packets of crisps into the audience. Our heroine, dressed in full traditional costume, decided to up the drama and took up two lit candles and put them in her mouth. Unfortunately this must have been the first attempt at the routine with a fringed headdress because within seconds the whole of her head was ablaze. Luckily the gasps of the crowd altered a colleague who set about hitting the flames out with a towel. As a true professional our singer didn’t drop a note and continued on with the song as though she didn’t just almost lost her eyebrows… if only we had a our camera at the time…. 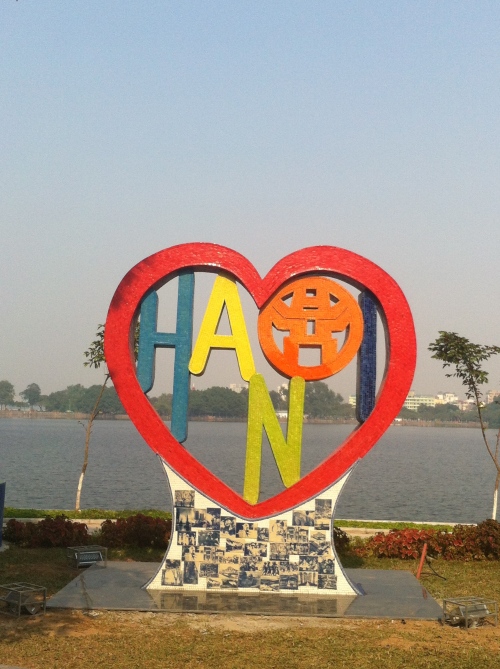 During the course of our time in northern Vietnam we had returned to Hanoi several times, having both Christmas and New Years Eve here. It would be impossible (and boring for you guys) to list everything we had been up to in the capital so we’ll just give you our best bits or top choices of sites, activities and most importantly food!

Right in the middle of the Old Quarter these roadside cafes are a hit with locals and travellers, where you can buy fresh beer for as little as 25c a glass. There was always a great atmosphere and the tiny stools mean you always end up talking to your neighbour. 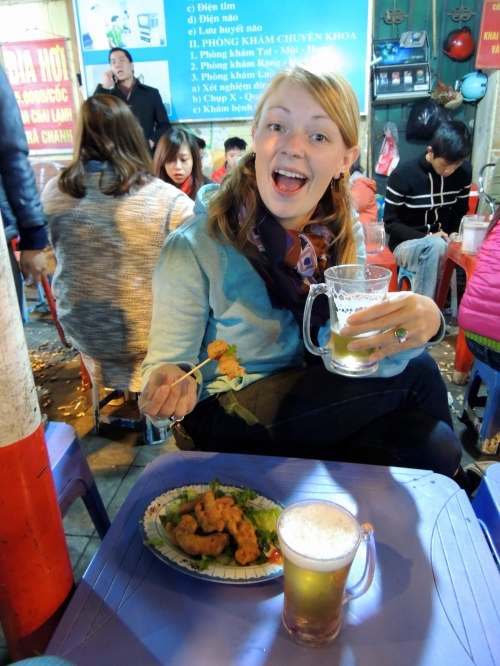 Just a stones throw from the communist leaders mausoleum this museum is unlike any we have visited in SE Asia. The cult of personality is alive and well with Ho Chi Minh’s life depicted on a grand scale. The exhibitions verge on abstract impressionism with interpretive installations of ‘the feelings of resistance’ and other vague topics…its worth going just to be a little confused! 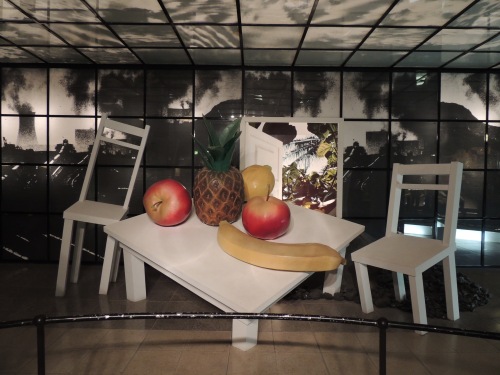 One of many odd installations…

It’s easy to get lost in the Old Quarter, but that’s half the fun. The tangle of roads, each one selling particular products such as jewelry or fabric, are a hive of activity. Mopeds speeds around you, while women carrying baskets are selling fruit and people sit on plastic stools to slurp up Pho. Its noisy and chaotic but never dull! 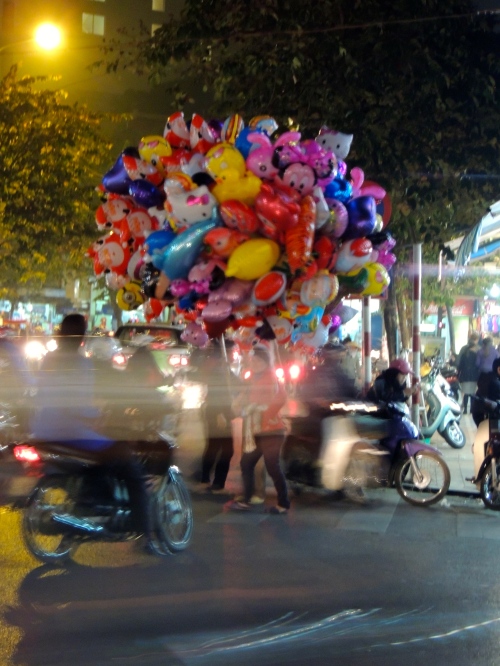 4. Eat as much Pho Bo as possible

A speciality of the city, this beef noodle soup, where the beef goes in raw to be cooked in the boiling stock, is a staple, especially for breakfast. 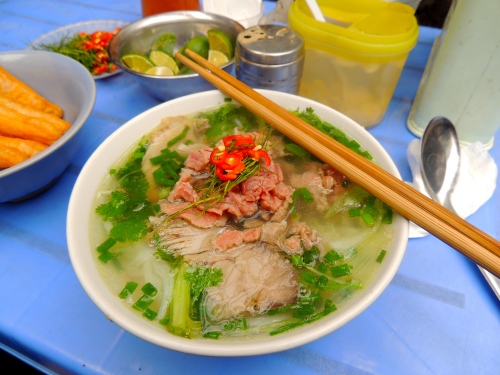 There are some great local dishes in Hanoi and it’s not hard to find them tucked on most corners. Bam Bo Nam Bo, a beef, peanut and noodle hot salad type thing and Bun Cha, beef patties with veggies, noodles and broth are two of our favourites. 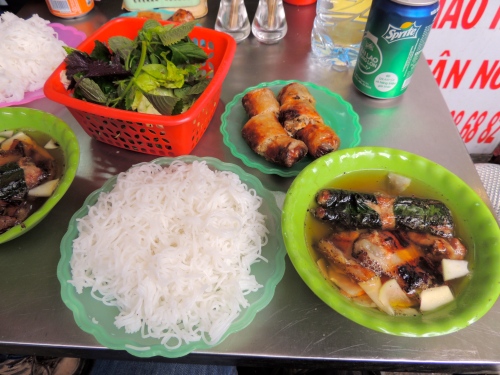 We were surprised at this modern museum which is as much an explanation of everyday life and customs, as a celebration of the women of Vietnam is definitely worth a look! 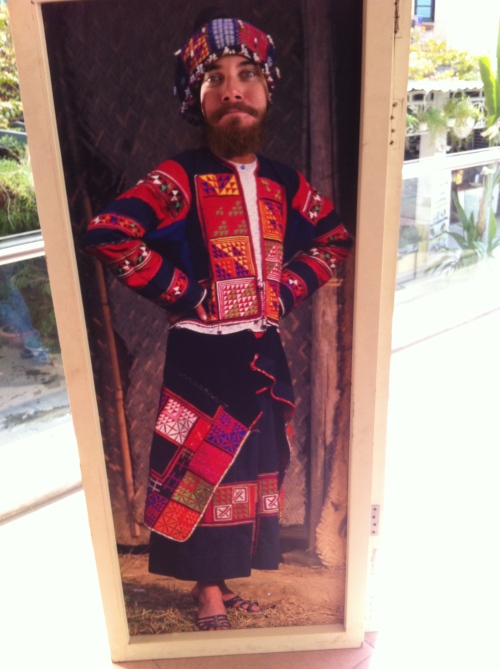 7. Go on a cooking course

I know we love our food but Vietnam has to have one of the best cuisines in the world so it would be a shame not to take a few recipes home with you right? We did ours at Hanoi Cooking Centre which included a tour of a local market and we got to keep our aprons! Win! 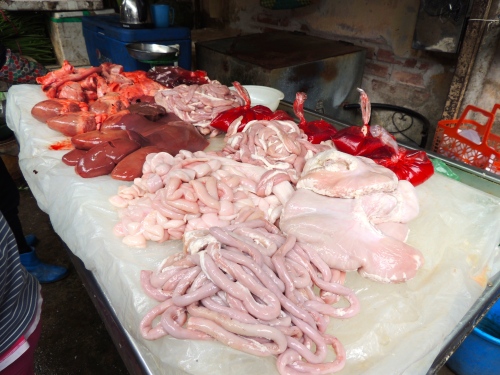 Another local speciality this is coffee with an eggy marshmallowy topping, more a dessert than a drink! We found a great local student hang out right on the lake which was cheap and authentic…you had to walk through a shop and someones house to find the cafe! 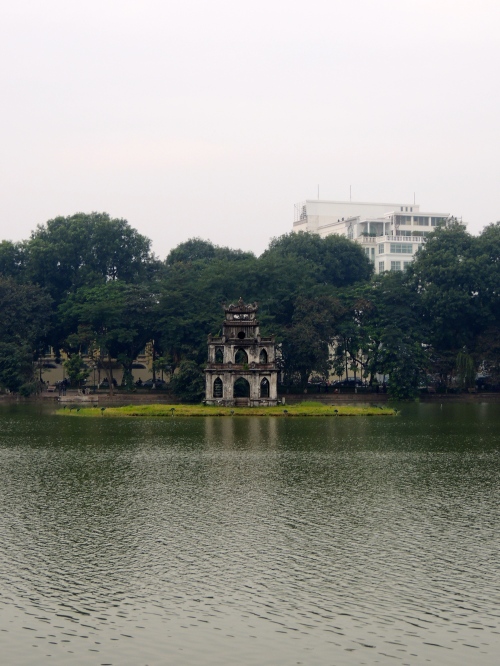 Not the coffee, but a nice view of the lake

Generally we just hung out…watched the world go by. Walked around Hoan Kiem lake and looked around. Hanoi is our last stop in SE Asia and what an amazing ten months its been…but now it is time to head north into the cold of China! 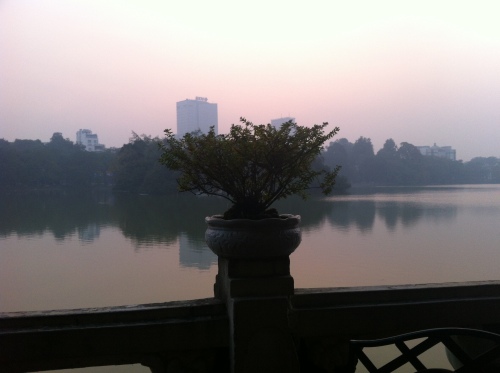 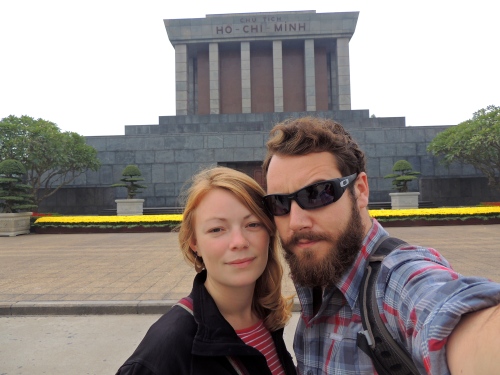