Pandas… they look so innocent don’t they! Sitting there with there unrealistic black and white markings, chomping on Bamboo.. butter wouldn’t melt in their mouth. But this is all a front, for the minute you turn your back .. BAM! They are inside your bag, expertly stealing your camera without you even noticing, probably using it to take a picture of your face when you realise its missing… Ok, ok.. so maybe it wasn’t a thieving Panda, maybe it was just some sewer rat that was hanging out for relaxed looking tourists like us with our guard down… but we still cant be sure. Learn from our mistakes people… never trust Pandas’. 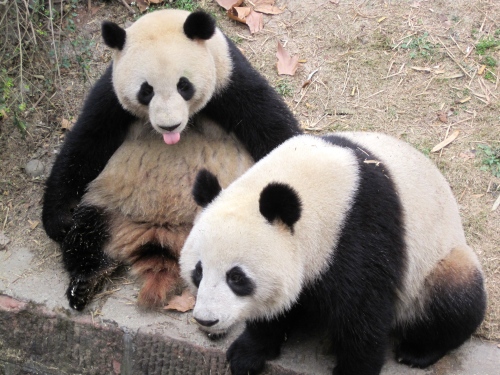 Our journey from Leijing to Chengdu was an epic one, involving 34 hours on the train and an 8 hour stop of in Kunming (Where the terrorist alert was still firmly in place). It was in this journey that we truly got a sense of how many people there are in China. In the stations people where sitting on every available bit of floor space, station attendants shouted at people with megaphones, and at one point a physical fight broke out in the line for the train. The trains weren’t much better, people crowded the isles and every person seemed to be carrying the luggage of at least four people. At one point we even had to sit opposite an over amorous young couple who thought that by putting a coat over themselves they had somehow become invisible, maybe they should lay of the Harry Potter books. You can go to The Great Wall, you can see the Terracotta Warriors, but traveling during Chinese New Year is seeing a new side of this country…and it isn’t pretty.

After we finally reached Chengdu, had a good sleep, a shower and a hot meal we were finally ready to see what the city had to offer. We didn’t have much time in, so out first stop (like all tourists to the city) was to the panda breeding centre. I know these bears should really have become extinct due to their inability to breed and need to eat for twelve hours a day but it was hard not to be won over by them. They almost don’t look real, more like cartoon characters, with their perfectly identical markings. And man do they like eating bamboo, perfecting stripping the tougher outer skin off before digging into the soft bit inside. It was hard not to like the panda bears, we spent quite a while just staring at them lounging around without a care in the world, eating bamboo and panda bread (we even got to try it). All the idle staring proved the perfect opportunity for the nimble fingered thieves of Chengdu, but to be honest even that bad experience hasn’t tainted how good the pandas were.

We finished off our time in the city by walking around People’s Park, and marvelling at all the organised activities that were under way. You could join in with the kung fu, complete with swords, ballroom dancing or balancing a ball on a racket while performing different moves. No one was shy or embarrassed, even if they didn’t know what they were doing and there were a couple of western tourists staring at them! We finished off our visit to Chengdu with a few cups of jasmine tea in the parks teahouse, overlooking the lake and watching people doing tai chi. What could be more Chinese? 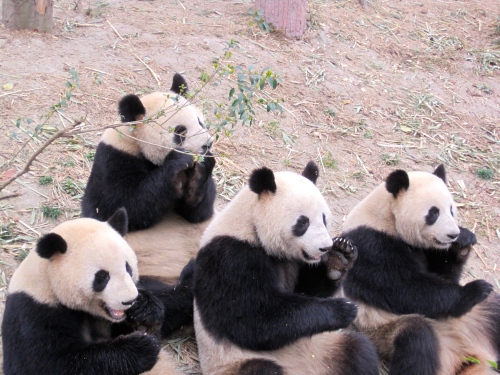