Since moving to Australia and then travelling through Asia we had not seen spring for many years. It felt like in Perth (where we lived) spring maybe lasted a week before the scorching summer sun came out! So to see blossom, the light green of new leaves on the trees and wild flowers growing amongst the hedgerows was lovely. To celebrate the fact we made daisy chains in the sun and filled Ryan’s beard with as many flowers as it could hold…travelling had changed us into flower power hippies, at least for a little while in the Latvian countryside!

A short train journey out of Riga found us on the edge of Latvia’s largest national parks, Gauja National Park, in the town of Sigulda. Its proximity to Riga and the national park make it a tourist hotspot for day trippers from the capital, and with help from the tourist office we managed to find a cozy guesthouse from where to explore the area. The park is also well-known for its adventurous activities, with high ropes courses, a  year-round bobsled course and even a bungee jump from a cable car… however we decided to try our hand at the just as extreme sport of trying the delicious offerings from the local bakery… any one can bungee jump, but can they enjoy an apple macaroon? We did try our hand at the slightly more sedate mountain biking on offer and so hired bikes to explore the nearby area of the park. 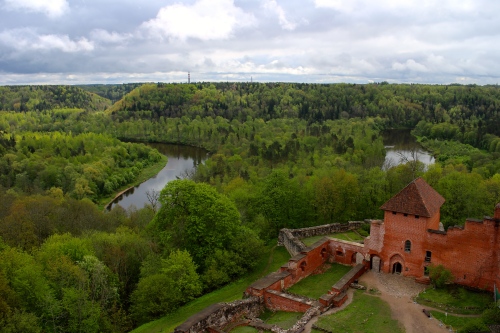 This area of the national park is also home to a number of medieval castles, some restored and other left as romantic ruins. The most visited museum in Latvia is housed in one of them at Turiada Museum Reserve, in the red brick restored castle situated in a beautiful spot, at the bend in the river, with woods in ever direction. You can wander around the rooms, looking at different exhibits on the castles history, and also laugh at the workers who clearly hate their employers from making them dress in traditional garb. A short pedal away was the Sigulda medieval castle, which main attraction (for us anyways) was the unattended armour and weapons which we could try on, take pictures with, and pretend to be in Game of Thrones… 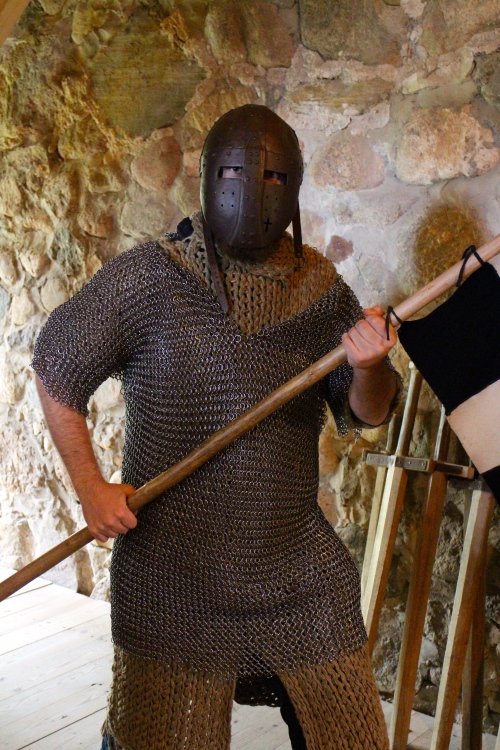 After a good dose of medieval history we were keen to see a more recent chapter in Latvia’s past and the sea, so we headed to the town of Liepaja. To be honest we hadn’t expected a lot from the town, but it was a logical break on our way south to Lithuania, so why not give it a go. Well it turned out to be a brilliant stop, we managed to arrive on the first weekend anything (including our hostel) was open for the summer season. This meant we could stroll up the golden beach before having a drink at the beach bar, overlooking the lapping waters (which were still pretty cold though). It was the first beach bar we had been to since Vietnam and with the sand in-between my toes I remembered why they are so good!

The city also has an interesting war-time history. At the end of the nineteenth century the Russians decided to move their military port to its western border in a town called Karosta, which adjoins Liepaja . The port became an integral military base for occupying nations for the next hundred years, and during the Soviet period it became a closed military community, where even Latvians from the neighbouring settlements couldn’t visit. Now however, everyone can come visit and see the strange faded grandeur that once was, where crumbling nineteenth century buildings rub shoulders with dilapidated soviet apartment blocks. 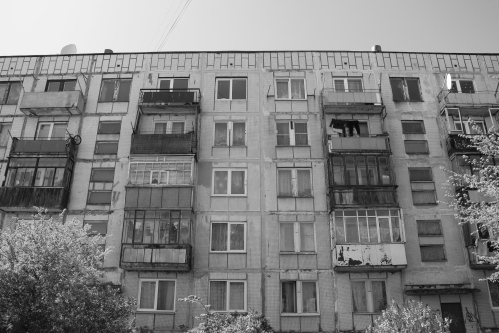 The big draw for tourists to the area is the old military prison (now a museum), where you can take a tour or even stay overnight if you want the true prisoner experience. It is the only tour we have ever been on that was conducted in two languages simultaneously (could have even been three!), and where we were treated less like paying customers, and more like inmates. Our bilingual tour guide marched us around the prison, dressed in full (soviet) military uniform and shouted orders and dished out punishments… hand not by your side… 2 days in solitary… forget to address him as chief… 3 days in solitary… at some points it was hard to know if it was all a joke or not. Our “Chief” also showed us some of the cells and memorabilia from the period, all of which had ben kept as they once were. Even the toilets were authentically squat, much to the horror of a middle-aged English couple on our tour!

It was not only the Karosta area of the city that looks like a faded beauty. We spent the entire stay imaging what we would do if we could renovate one of the many abandoned wooden mansions or nineteenth century building dotted all over. But somehow seeing the ageing buildings on mass gave the city a feel all of its own, an authentic edge which so many of the maintained old towns lacked. We spent the rest of our time in the city walking along the beach and observing the huge number of stray cats everywhere…most notably at bus stops. Three straggling felines would hang out under the seats, jumping on people’s shopping, at almost all bus stops in town it seemed… Liepaja was just full of surprises.

Next we were moving south too our third Baltic country…Lithuania!