When we thought about visiting Eger in Hungary we did not expect to be listening to trance like Indian classical music on an outside stage in the city’s castle with a thunder-storm looming on the horizon…. But luckily for us things are not always predictable! We had managed to visit the town on the Museum night, meaning they were open for free and with loads of activities on offer…people dressed up in medieval costumes and firing old school muskets ( it was a crowd pleaser), as well as some traditional folk dancing. It did feel a little like we’d stumbled into a huge town fair and with gigantic cauldrons of goulash on offer… we were right at home!

The other attraction in Eger (a town a couple of hours east of Budapest), apart from its pretty old town and castle, is the wine. The local speciality is called Bulls Blood, which, according to Ella’s Mum was very popular in the 1970s! Either way it’s still being produced today and you can walk down to the Valley of the Beautiful Woman (yes that is its real name) to try a few samples. Each of the wineries and small wine producers have a cellars excavated into a hill, right next to each other, all around a central park. This unique set-up makes the area perfect for an afternoon “winery crawl”. With the sun on our backs and a backdrop of some traditional Hungarian folk music, we went from cellar to cellar tasting 100ml house wines for a few pence at a time…I guess there are worse ways to spend an afternoon! 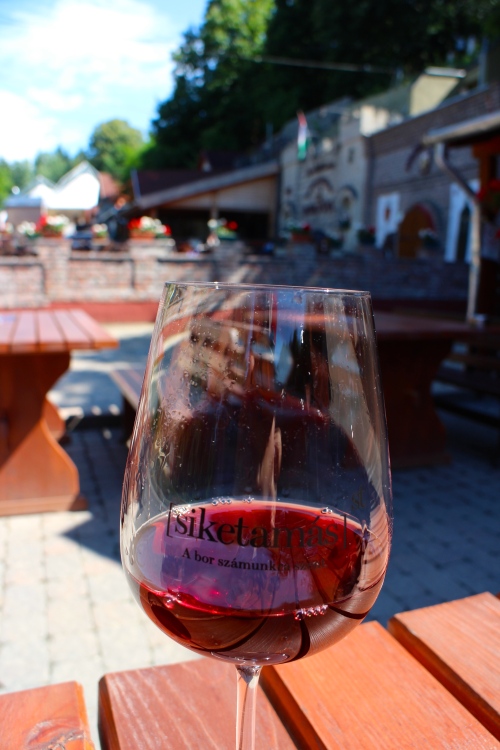 Satisfied with our wine crawl, and with a bottle in our rucksacks we headed of to landlocked Hungary’s version of the sea. Lake Balaton, a few hours west of Budapest, is the largest lake in Europe, and becomes a mecca for tourists in the summer who come to enjoy the lake side beaches and tourist resorts. We stayed in the small town of Révfülöp, a little lake side town with nothing more than a few eateries and a hostel. The quiet and laid-back atmosphere suited us well, and when the hostel put on some traditional folk music for a visiting school group, we knew we had made a good choice. 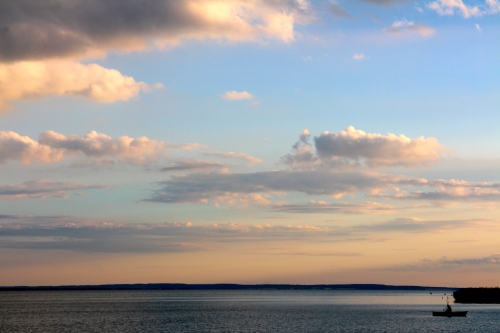 After getting a taste for hot water spas in Budapaest, we were keen to try out a local attraction not far from Balaton. Lake Hevis, which is further up the north side of Balaton from where we stayed, is a small thermal lake which never dips below 22C even in the coldest winter months, and still has animals living in and around it. The surface of the lake is also cloaked in green and pink waterlilies, making swimming a very surreal and enjoyable experience. The lake even has a spa, cafe and sundeck built in the middle where you can take a break between swims, which apparently you are supposed to do every 20 minutes as to not get sick… to bad we only found out after an hour… but fear not dear reader, we made it out with our skin in tact!

The area around Balaton is yet another Hungarian wine region, and we felt it would be rude not to cycle out to the wineries to try some… it’s a hard life this travelling business! Heading off on some hired bikes, down some well maintained cycle paths we hit a hill littered with vineyards and cellars, all of which offered great views over the water, and to the other side of the lake. We finished our time at Balaton (and in Hungary), by tucking into some local lake fish, while being in the background of a Hungarian TV show.. on a side note, we think we have been filmed in the background of TV shows at least 6 different times over the course of the trip… and once in Mongolia we even saw ourselves on the news.. superstars!

As our deadline to be back in the UK fast approached, it was time to start the last leg of the journey home… will we make it without a plane??